Did Hezbollah send drone to Israel?

Did Hezbollah send drone to Israel?

The mystery surrounding the unmanned drone that penetrated Israeli airspace on Saturday from the Mediterranean continues, although there is growing speculation that it could actually have been launched by the Lebanese Shia Islamist group, Hezbollah, with the support of Iran, the BBC’s Jonathan Marcus reports.

Without the radar track of the unmanned drone it is impossible to confirm exactly where it came from – and the Israeli military are not saying.

But Sunday’s mock air raids by Israeli jets on villages in southern Lebanon suggest that Israel believes the drone was launched by Hezbollah.

The Israeli press clearly believes that this was a Hezbollah operation – newspapers have published maps indicating that the drone was launched near the southern Lebanese port city of Sidon.

The suggestion is that it first flew out to sea, then south, appearing over southern Israel from the direction of the Mediterranean. Hezbollah has flown Iranian-supplied drones in the past across Israel’s northern border.

But why might it have sent a drone to penetrate Israel’s southern border? 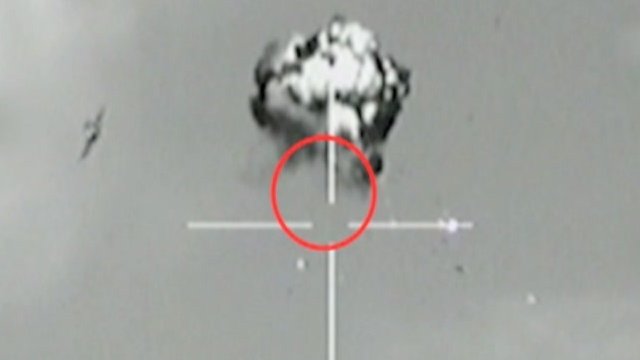 The drone was destroyed over a largely uninhabited area in the north of the Negev desert.

Here there is only speculation.

One theory is that the drone was tasked with filming the Dimona nuclear plant in southern Israel.

In this light the whole affair becomes part of the ongoing struggle between Israel and Iran over Tehran’s nuclear programme.

Israel is widely believed to be behind a campaign of sabotage and assassination aimed at slowing Iran’s nuclear progress.

Filming Dimona could represent a significant propaganda coup for Tehran and the drone’s penetration of Israeli air space would also represent a warning to Israel.

This was apparently an unarmed drone but as the technology spreads and develops, there is no reason why Iran and Hezbollah might not deploy armed drones in the future.