“NOW he belongs to the ages,” Edwin Stanton, Abraham Lincoln’s secretary of war, said at the president’s deathbed. “And to the studios,” he could have added. 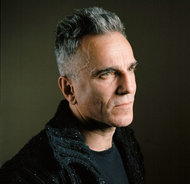 The latest in a long parade of screen Abes, coming right on the heels of Benjamin Walker’s ax-swinging, martial arts version in “Abraham Lincoln: Vampire Hunter,” is Daniel Day-Lewis, who, though he grew up in England and Ireland and had to learn about Lincoln almost from scratch, plays the lead in Steven Spielberg’s “Lincoln,” which opens Friday.

Mr. Day-Lewis, 55, has already won two best actor Oscars, and his performance here, tender and soulful, convincingly weary and stoop-shouldered, will almost certainly earn him a nomination. He’s neither as zombified as Walter Huston in D. W. Griffith’s 1930 biopic “Abraham Lincoln,” nor as brash and self-assured as Henry Fonda in John Ford’s “Young Mr. Lincoln” (1939), nor as stagy and ponderous asRaymond Massey, a year later, in “Abe Lincoln in Illinois,” in which he sounds, during the Lincoln-Douglas debates, a lot like the television evangelist Harold Camping proclaiming the end of the world once more.

Tall and thin, with big hands and a long neck, Mr. Day-Lewis physically resembles Lincoln more nearly than many of his predecessors — more, certainly, than Kris Kristofferson, who in the 1995 television movie “Tad” had to wear platform shoes to boost him to Lincolnesque stature. Yet the first time Mr. Day-Lewis opens his mouth in the movie, he’s also a little startling. His Lincoln speaks not in Massey’s stentorian baritone, or in the echoing, ballpark-announcer tones of the Disneyland animatronic Lincoln first heard at the 1964 World’s Fair, but in a voice that is high, earnest and folksy.

Mr. Day-Lewis is famously fussy about what parts he takes, sometimes waiting years between films while spending time in both Ireland and America with his wife, Rebecca Miller (the daughter of Arthur Miller, whom he met while filming “The Crucible”), and their two sons. (He has a third, older son with the actress Isabelle Adjani.) For a while he seemed to give up movies altogether and apprenticed himself to a cabinetmaker and a cobbler.

Mr. Day-Lewis is even fussier about what he calls “the work”: his process of preparing and then inhabiting a part. For “The Last of the Mohicans” he taught himself to build a canoe, shoot a flintlock and trap and skin animals. For the opening scene of “My Left Foot,”about Christy Brown, an artist with cerebral palsy, he taught himself to put a record on a turntable with his toes; he also insisted on remaining in a wheelchair between takes and being fed by the crew.

He learned to box, naturally, for “The Boxer,” in which he played a prizefighter and former member of the Irish Republican Army and in the process broke his nose and damaged his back. To play the gang leader Bill the Butcher in “Gangs of New York,” he took butchering lessons, and to play Abraham Lincoln he half-convinced himself that he was Abraham Lincoln.

Mr. Day-Lewis, who has a deep voice and a British accent, not in the least Lincoln-like, prefers not to talk much about his method of acting. He doesn’t entirely understand it himself, he says, and doesn’t want to. “There’s a tendency now to deconstruct and analyze everything,” he said during a recent interview in New York, “and I think that’s a self-defeating part of the enterprise.”

He added: “It sounds pretentious, I know. I recognize all the practical work that needs to be done, the dirty work, which I love: the work in the soil, the rooting around in the hope that you might find a gem. But I need to believe that there is a cohesive mystery that ties all these things together, and I try not to separate them.”

Mr. Spielberg, who had never directed Mr. Day-Lewis before, said of working with him: “I never once looked the gift horse in the mouth. I never asked Daniel about his process. I didn’t want to know.”

They did talk a lot about Lincoln, however, not just on set but also starting in 2003, when Mr. Spielberg first approached Mr. Day-Lewis. The script then was very different — less presidential and more about the Civil War, Mr. Spielberg said — and Mr. Day-Lewis didn’t care for it. He also said he thought that the idea of playing Lincoln — or of his playing Lincoln, anyway — was preposterous.

Six years later Mr. Spielberg came back with a new script: by Tony Kushner, loosely based on Doris Kearns Goodwin’s book “Team of Rivals: The Political Genius of Abraham Lincoln,” and covering just the last four months of Lincoln’s life. That’s when he pushed the 13th Amendment, abolishing slavery, through Congress. “I found it quite intriguing,” Mr. Day-Lewis said. “I thought it was a great idea — for someone else.”

Even after accepting the part, “I thought this is a very, very bad idea,” he added. “But by that time it was too late. I had already been drawn into Lincoln’s orbit. He has a very powerful orbit, which is interesting because we tend to hold him at such a distance. He’s been mythologized almost to the point of dehumanization. But when you begin to approach him, he almost instantly becomes welcoming and accessible, the way he was in life.”

Mr. Day-Lewis prepared for the part not by splitting rails or doing sums on the back of a shovel but mostly by reading. He started with Ms. Goodwin’s book, pored over Lincoln’s own writing and finished up with the Carl Sandburg biography. He also spent a lot of time studying the photographs taken toward the end of Lincoln’s life by Alexander Gardner. “I looked at them the way you sometimes look at your own reflection in a mirror and wonder who that person is looking back at you,” he said.

Mr. Day-Lewis with Ruth McCabe in “My Left Foot.”

All told he spent about a year studying and thinking about Lincoln. “There are always practical decisions to be made about any character you’re playing,” he explained. “But I always try to find my way toward, and into, a life in a manner that allows me to think those decisions make themselves.”

The voice was one such decision. There is historical evidence, in the form of contemporary accounts, that Lincoln had a high-pitched voice, and Mr. Day-Lewis has a private theory that higher voices carry better in crowds, and that made Lincoln such an effective orator.

“All these things are variables, luckily for me,” he said, smiling. “No one can categorically say this is or isn’t what Lincoln sounded like.” For any part, he went on, he listens for a voice, and generally he hears it at some point. “That to me was a genuine breakthrough for Lincoln,” he said, adding that being able to reproduce a voice after you’ve heard it is another matter and so, sometimes, is holding on to it.

To hold on to Lincoln’s voice, he used it all the time, between takes and even after the filming was over. Mr. Spielberg said he couldn’t remember for certain whether Mr. Day-Lewis used his Lincoln voice in their private conversations but then added: “I just came to see him as the character. I assume he didn’t change the voice. Why would he?”

Jared Harris (better known to most Americans as Lane Pryce in “Mad Men”) plays Ulysses S. Grant in the movie. He recalled that like other British cast and crew members on the set, he was asked not to throw Mr. Day-Lewis off by speaking in a British accent, so Mr. Harris too stayed in character.

“It was sort of an extended improvisation,” he said in a telephone interview. “You didn’t go up to him and say, ‘Hey, did you see the Pirates game last night?’ It was important for him to retain the attitude, if you like, and the dialect he had created. So we would sit there and joke, for example, about the Vicksburg campaign.” He added, “At the end of the day sometimes we’d ride back in the car, and he’d stay in character but talk about ‘Mad Men,’ which of course he couldn’t know about, because television hadn’t been invented then.”

Mr. Kushner said that Mr. Day-Lewis warned him that once shooting began he would no longer be speaking to him, only to Mr. Spielberg. He also recalled a day early in the filming when they shot possibly the movie’s most important scene: a speech Lincoln gives to his cabinet explaining the importance of the 13th Amendment.

“Everyone’s jaw was on the floor,” he said. “It was one of the great things I’ve ever seen. To do that, you have to be there, in that moment. It’s not psychosis; it’s sustained concentration. Is all that necessary, the staying in character? It makes sense to me.” He added: “I’ve never seen a great actor do a major role that didn’t cost a lot. They’re sacrificial animals of a sort.”

Mr. Day-Lewis said that he felt a “great sadness” when the movie was done and that he still feels connected to it. “I’m woefully one-track-minded,” he said. “Without sounding unhinged, I know I’m not Abraham Lincoln. I’m aware of that. But the truth is the entire game is about creating an illusion, and for whatever reason, and mad as it may sound, some part of me can allow myself to believe for a period for time without questioning, and that’s the trick.” He laughed. “Maybe it’s a terrible revelation about myself that one does feel able to do that.”

Explainer: How the US president is elected

Explainer: How the US president is elected