Ho ho ho, it’s time for another festive round-up of the year’s greatest games – running throughout this week.

The days are short and dark, the nights long and cold, and there are a lot of celebrity cooks stuffing turkeys on TV. It can mean only one thing. Christmas is coming, and with it a chance to look back on the gaming year through rose-tinted spectacles and the fug of mulled wine.

Some are saying that 2012 was not a vintage year for video games. They must have been playing different ones to us. From the daintiest indie treats to the must pulverising of mega-budget Triple A bomb blasts it has been a year rich with gaming pleasures. Somehow, we have managed to distil all this down to 25 titles.

As usual, a disclaimer: this is NOT, I’ll shout that again, NOT, an attempt at an objective, scientific representation of the year. These are the favourite games of the Guardian writers, suggested, fought over, rejected, snuck back in, fiddled with, chucked around and then presented in an order that most of us could agree on. We may be mad, we may have drunk too much eggnog, hey, we may even be wrong. But this is our list.

So here goes with the first selection of five titles – the rest are arriving daily throughout the week. Simon Parkin will be writing up the first two days, Keith is taking over from there. Feel free to argue and berate us – that is all part of the fun. But remember, it’s Christmas: play nice or Santa won’t bring you any of the games on this list. 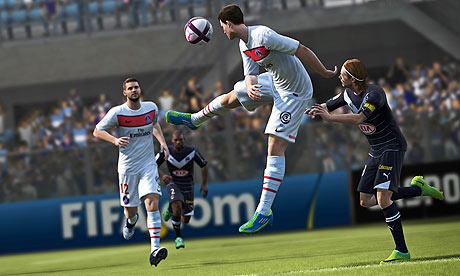 Few series demonstrate the iterative side to video game creation better than the annual sports franchises, tweaked with the precision of a watchmaker, upgraded with the fanaticism and finesse of an engine tuner. FIFA 13 continues EA’s unflinching quest to replicate the intricacies, artifice and surrounding bloat of the beautiful game in pixels. The new additions to defensive and offensive play work well, the tweaked gameplay modes are immersive, the visuals as slick as a David Silva through ball. Another Premier League winning performance. 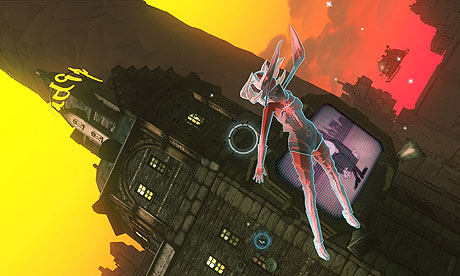 The Vita’s stand-out release at launch, Gravity Rush introduces Kat, a mystical girl blessed with the Newton-befuddling ability to alter gravity, propelling herself from pavement to the side of the house to the underside of a bridge at the squeeze of a button. The chirpy dialogue, heaped mysteries and assured presentation lend yet further drive and impact to a game that is surprising in its lightness of theme and touch. But it’s the sense of beguiling tourism – the ability to zip and dart around Sony’s intricate vistas – where gravity’s rush is truly found. 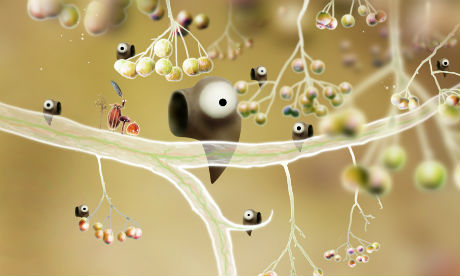 Point and click exploration: that’s the simple premise of Czech outfit Amanita Design’s latest PC title. The designers behind the leisurely esoteric games Samorost and Machinarium again turn to a whimsical fantasy world containing a series of somewhat formulaic puzzles, but also a lavish, intricate playpen for non-logical interaction and investigation. At its best, Botanicula is a wide-eyed journey through a world of roots, ferns and branches, investigating the whisper and scurry of life sub-ankle level. 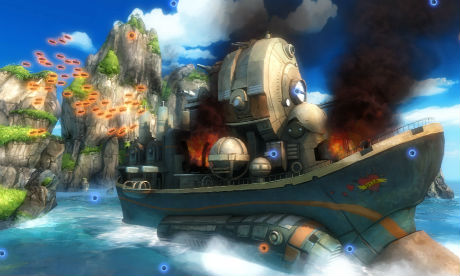 A collaboration between Hungarian studio Digital Reality and Japan-based Grasshopper Manufacturer, Sine Mora is a curious beast: a shoot ’em up grown neither in the arcades nor in the wild west of the app store. A generous tribute to the genre’s greats, from Einhander to Borderdown, the game displays not only a deep understanding of the fundamentals and execution required to craft a classic in the Gradius style, but also a few new ideas for how to evolve it yet further. It also offers all the score attack depths of a Cave shooter with a more welcoming visual style and hard-coded systems to make navigating the hailstorm of bullets more manageable for the newcomer. 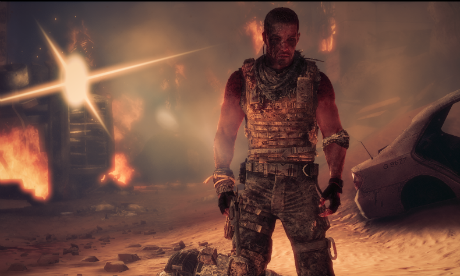 2012’s most divisive game, Spec Ops: The Line is viewed by some critics as a sharp dissection of the first-person shooter genre and by others as a scattershot failure. The story follows Captain Martin Walker, sent into a post-catastrophe Dubai with an elite Delta Force team on a reconnaissance mission that soon descends into chaos, both external and mental. The story scoops dollops of influence from Conrad’s Heart of Darkness, but for many the execution falls far short of, say, Apocalypse Now’s repurposing of that vision. A critique of the most prevalent game genre in contemporary culture, or a game whose commendable ambition outstrips its creators’ abilities? A question as open to interpretation as the game’s plot. The Guardian games team was split, but some passionate advocates ensured its inclusion here.

Angela Merkel: A woman of power

Angela Merkel: A woman of power